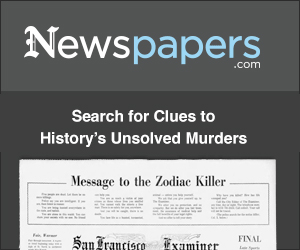 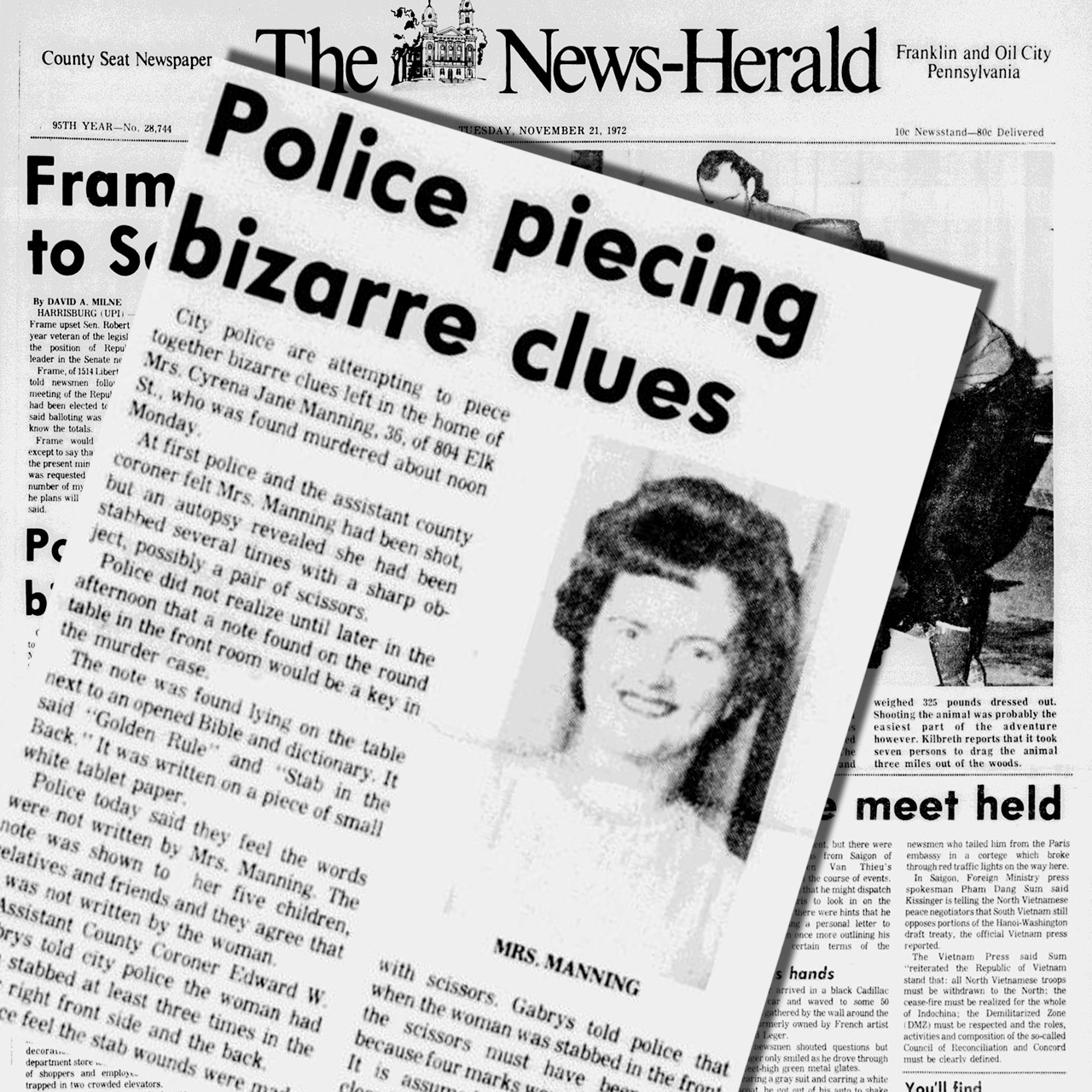 At about 11:20am on Monday, November 20, 1972, Marion Mortimer, a resident of the 800 block of Elk Street in Franklin, Pennsylvania, noticed a man who she'd seen before walking from the direction of the house of her neighbor two doors down, Mrs. Cyrena Jane "Janie" Manning. He walked over to a blue car with a black top that had an Ohio license plate, got in, and drove away. She recognized the man as "Mrs. Manning's boy friend from Ohio."

A few minutes later, Mrs. Manning's dog began to howl. It wasn't uncommon for the dog to bark, but neighbors hadn't heard it howl in that way before. Annoyed at the noise, Mrs. Mortimer sent her husband, J.E., to try to quiet the dog. He called over the fence for the dog to be quiet. That usually worked, but it didn't this time. He then went to the front door of Mrs. Manning's house, knocked, and didn't get an answer. He looked through the window and saw what he thought was Mrs. Manning lying unconscious on her kitchen floor. Concerned the woman had fainted, he called to his wife and told her what he saw.

Mrs. Mortimer went across the street and grabbed a neighbor to go with her into Mrs. Manning's home. They entered and went through the front room into the kitchen. There, they found Janie Manning lying in a pool of blood. She was dead with puncture wounds all over her body. In the front room, a Bible lay on the table opened to Deuteronomy. A note was placed nearby which read "golden rule" and "stab in the back."

Janie's "boy friend from Ohio" was Frank Howard Sydlowski, a construction worker who had been in town working on Route 8 south of Franklin. He had had a romantic affair with Janie, a recent divorcée and mother of five, during the few months prior. He had even proposed to her. When she rejected his proposal, the affair ended and Frank left angry.

When police, investigating the murder of Janie Manning, knocked on Frank's door in Brookfield, OH later that day, his wife answered the door. 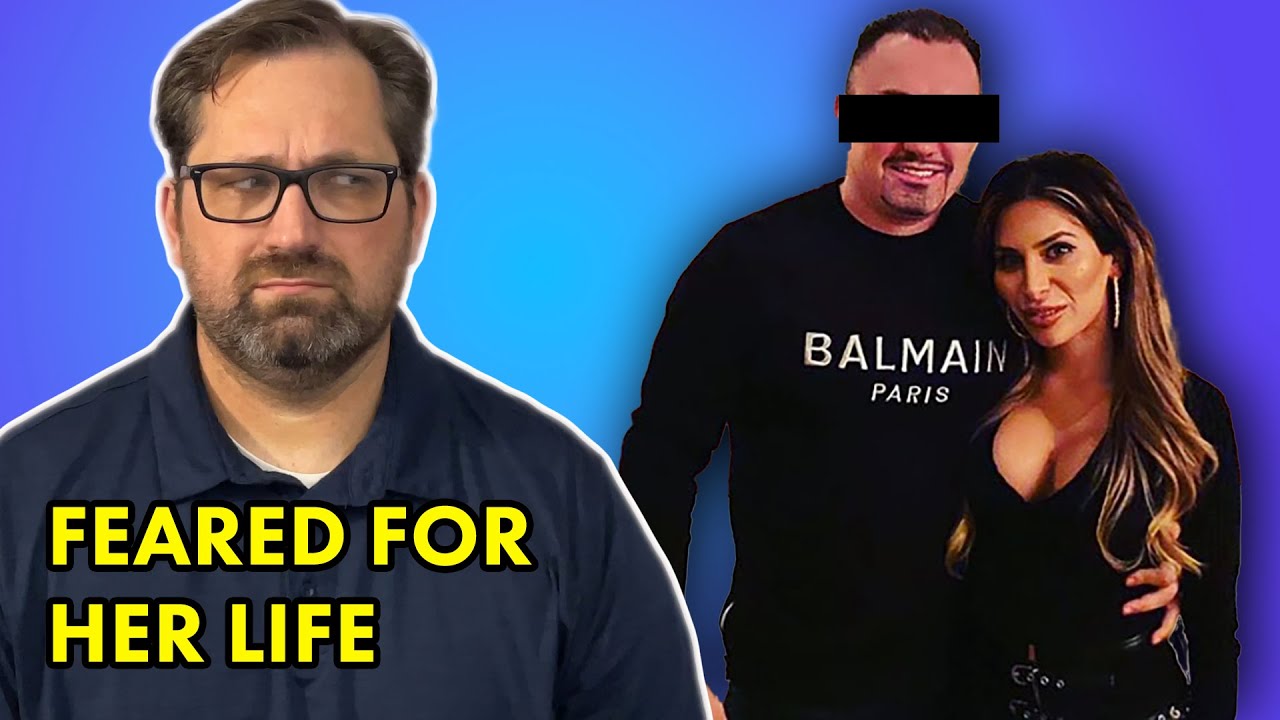 Affidavit of Rights at Arraignment

Arraignment and Plea of Not Guilty

Motion to Compel Disclosure of All Evidence Favorable to the Defendant

Application and Order for Change of Venue

Motion for the Suppression of Evidence

Motion for Mileage and Attendance Money for Use of State Witnesses

Answer to Application for Change of Venue

Answer to Motion for Inspection

Answer to Motion for Suppression of Evidence

Order Regarding Payment of Witness Costs

Order on Motion for Change of Venue

Order for Change of Venue